OVER 100 YEARS OF SKI RACING IN CHAMONIX MONT-BLANC

Chamonix has a unique ‘savoir-faire’ when it comes to hosting ski events. The first in- ternational ski events were organised in the valley at the turn of the 20th Century (1908). In 1924 Chamonix hosted the very first Win- ter Olympic Games (the 2024 Olympics in Paris will be a celebration of that centenary) and in 1937 the World Championships were held on the pistes of Les Houches (with a victory for Emile Allais).

1948 the first “Arlberg Kandahar” race took place on the ‘Piste des Glaciers’ and the Kan- dahar World Cup race was then regularly heldonthe‘PisteVerte’inLesHouches.2020 will be the twentieth time the race has been held in the valley! There are other notable 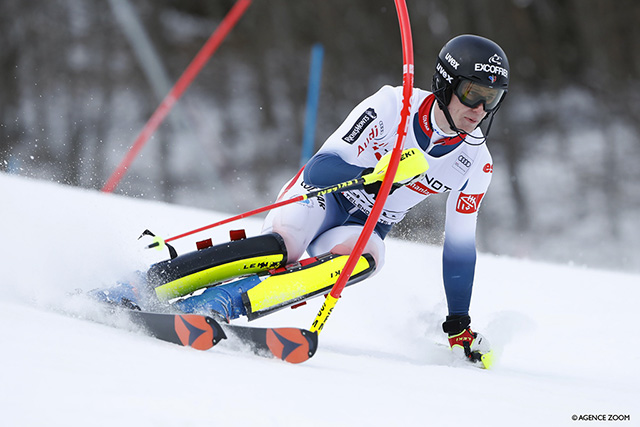 In the men's slalom, the vertical drop of the track can vary between 180 and 220 meters. The event takes place in two rounds on the same track, but with different layouts. The number of gates on the route must be between 55 and 75 for men. The slalom requires qualities of agility and skill, in order to avoid straddling the poles (when the two skis do not pass on the same side of the pole, the slalomer's worst nightmare). The slopes of the slalom events are rather steep, with snow often artificially icy to prevent rapid deterioration of the snowpack battered by the edges of the skis.

CARACTERISTICS OF THE SLALOM PISTE 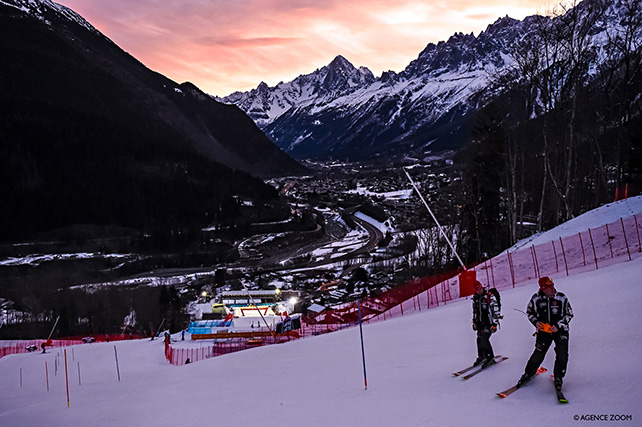 THE RACE IN FIGURES

- 600 volunteers dedicated to the organization

- 20 soldiers from the High Mountain Military School for timing

- 50 people for security and guarding

- 400 mountain professionals (trainers and managers of ski clubs in the valley, ESF instructors from Chamonix, Argentière, Les Houches, Vallorcine, UCPA, guides from the Chamonix company, from ENSA ) for track maintenance

- 10,000 visitors / day during the event on Chamonixworldcup.com

On the list of La Verte des Houches, the finest spatulas of all time: