The "Verte" piste in Les Houches is 'green' in name only.

This legendary piste in the Mont-Blanc massif is outlined with pine trees. Its environment and orientation towards the sun often offers an ice covered, green tinted slope, from where it gets its name.
This downhill piste is in fact a 3343m long black run with an 870m vertical drop. The best skiers in the world launch themselves down it in two minutes.
A series of highly technical sections and jumps, including the Cassure and the Goulet, make this one of the most spectacular downhills in the world.
It is the only FIS authorised downhill piste in the Haute-Savoie included on the men's World Cup circuit. In France, only the resorts of Val d'Isère and Chamonix have a men's downhill piste on the World Cup circuit. 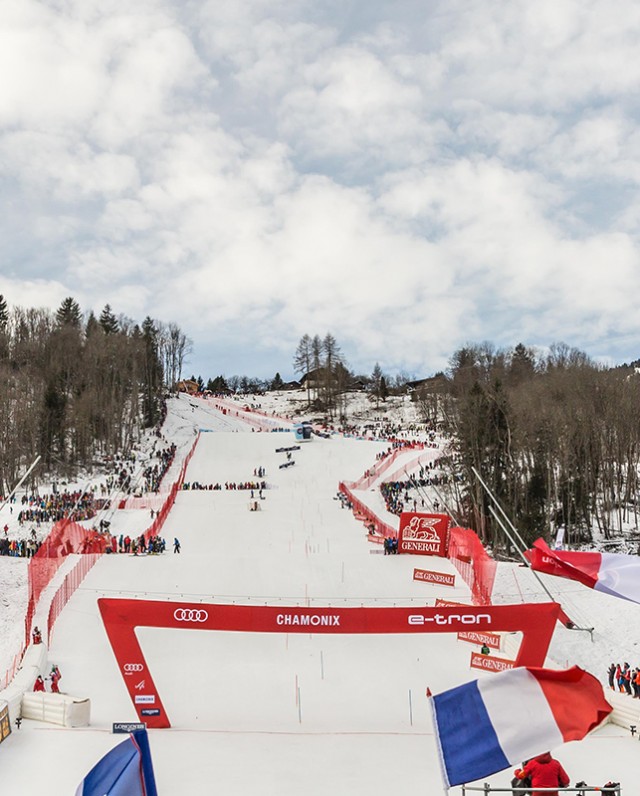